NATE L. ADAMS, III, was admitted to the Virginia State Bar in 1981. Since that time, he has tried or argued cases at every level of the Virginia Courts and, with the sole exception of the U.S. Supreme Court, the Federal Courts. He concentrates his practice in business law, incorporation law, workers’ compensation,  employment law for both employers and employees, domestic relations, and personal injury.

In addition, Mr. Adams has participated in the Frederick County Schools’ Gifted Independent Studies Program for over fifteen years, mentoring junior and senior high school students. He has also mentored students from Shenandoah University who have an interest in the legal field.

Mr. Adams served as the President of the Winchester- Frederick County Bar Association from 2013 through 2014.

Who’s Who in American Law and Who’s Who in America have featured Mr. Adams. The Virginia Lawyers Weekly, a statewide legal publication, has also recognized his legal efforts in a case involving an employment contract containing restrictive covenants. Mr. Adams has been a featured speaker in seminars sponsored by the Winchester-Frederick Chamber of Commerce and Blue Ridge Hospice addressing employment issues and end of life legal issues.

Click on the article for a larger visual presentation 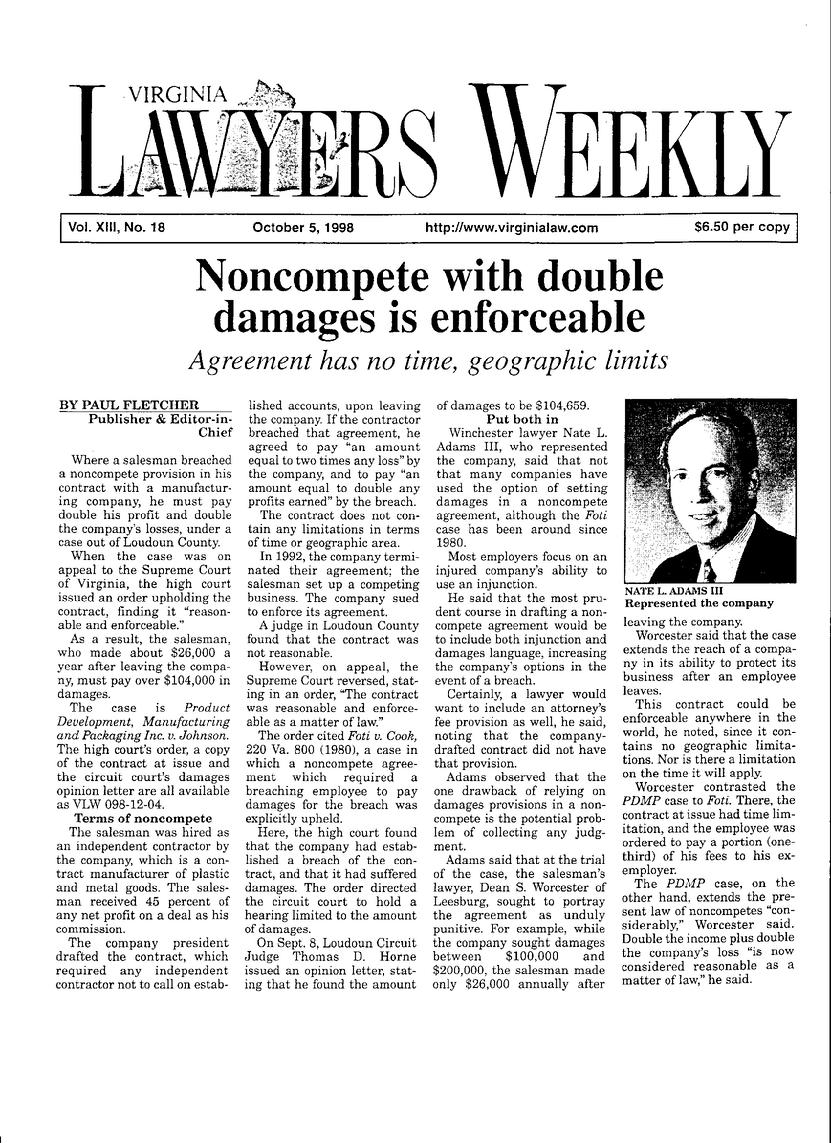